Summer in the PNW: Bend to Bonners Ferry 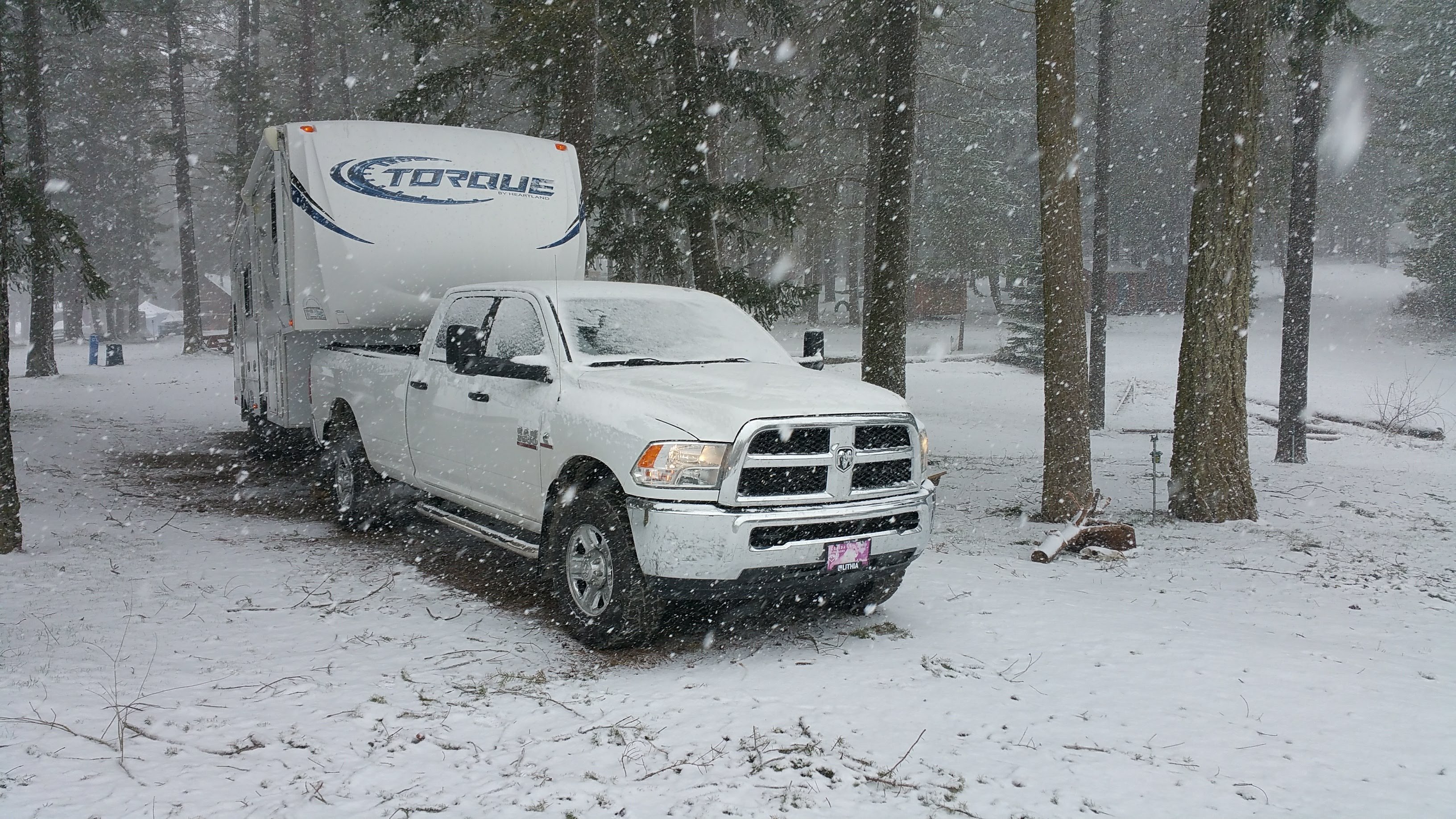 We heard about the existence of Republic, Washington while chatting with my aunt and uncle, who until recently I hadn’t seen in nearly 20 years. My youngest cousin, of their kids, was living there and working as a border patrol agent. It’s about a 3 hour drive to Priest River, Idaho where his parents lived but how we ended up in Republic for 6 months last summer is a long and mostly unrelated story.


We didn’t think much of it again until we had been in the general Northwest for a year or 2, from Portland to Yellowstone and everywhere in between. However after finding out the hard way that we have to really plan ahead in this region, something we never had to do in the southwest or south, we got tired fast. All that planing and calling ahead to book into places for the summer when there’s still snow on the ground? And the summer before last we spent a ton at RV parks in Bend, Spokane, Missoula, and Yellowstone with a few short stays at cheaper places here and there (which also booked up fast). We were staying at some interesting places but at a big expense, financially and psychologically.

While we stayed in Bend, Oregon last winter, which we had to book by August of the previous summer, we barely tried to book into any northwest RV parks early. The ones we did call either weren’t open yet and not even answering phones (then of course booking up first day). Knowing that day by day it would only be harder. We were sick of the ever worsening competition and $1200+ a month RV parks. I grew up in this part of the country, and we both lived in Portland for many years ; it’s pretty, but I won’t fight you for it.

After we left Bend, Oregon at the end of March we decided to go somewhere small, remote and mostly unknown. Much easier to get a spot we imagined and we were right. We found a park in Bonners Ferry, Idaho (far north panhandle) and planned to spend the summer there. We did all our usual research of the park and area. It “appeared” to have 4G in the least, and the RV park claimed to have internet. We showed up and immediately found the place to be beautiful, with dirt roads leading all the way to Montana accessible for our motorcycles, however, we learned pretty soon that neither of our phones got 4G and their internet was barely 1MB. Not really going to work with our jobs. The owner was really accommodating and friendly. He was actually also a rider, as well as his wife. We could have had so much fun there but alas, bad luck.

We still planned to stay the night so after we got the pets in the 5th wheel, we started hooking things up and turning the heat on. Then everything got a bit worse. The space they put us in had no electricity, and it wasn’t an easy fix. It seemed like gophers had chewed through the wires underground. They found us another spot on the far side of the park under some nice tall trees. To get there, because the park was on a fast highway with poor visibility and there was literally nowhere for a 60ft setup to turn around nearby, we would have to do a tight u-turn in the park. No biggy, except we didn’t know the new truck that well and a repair place had recently adjusted the height of our hitch without asking us. When we tried to make the precarious, slanted and tight turn, the hitch crushed the side of the bed. We’d seen people hit their rear windows but not the bed before. It was all due to the angle of the road rather than the degree of the turn. We got to the new spot, annoyed and tired after our long drive from Bend, and, the new spot had no water.

In the morning Ross went to pay since there was no rush the night before. The owner felt terrible about the truck bed and let us stay the night for free. We left without a real plan, me calling every place within a 200 mile radius and Ross trying to keep us from crashing in the freak blizzard that decided to show up that morning. By the time we reached Sandpoint, Idaho I had gotten a hold of an RV park in Kettle Falls, Washington about 4 hours away on highways. The woman on the phone had already decided we were trouble (you know, under 50 and not local) and wouldn’t let us stay longer than 3 weeks. Of course we took the offer but again had no plans for the summer. 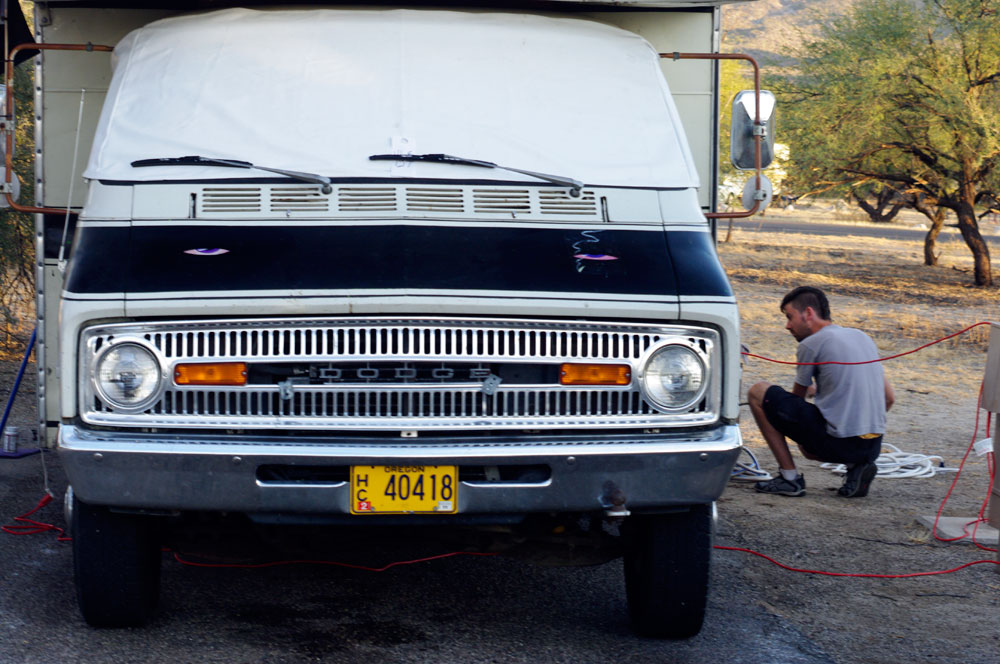 Nerd on the road begins! 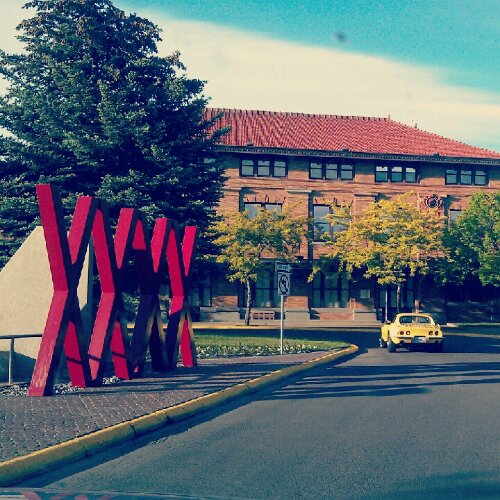