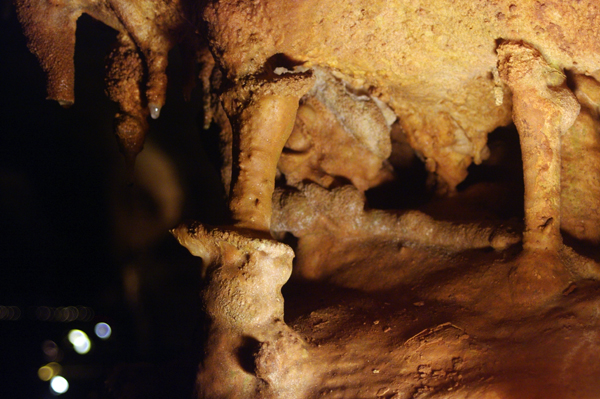 This is one of the first weekends we have actually stayed put. We don’t usually stay anywhere longer than a week before we are rushing off to the next unknown location, spending our weekends on the road and parking in Walmarts.

We made it to Central Time (nice to sleep in a bit before work), we made it to a state I’ve never been to and we were both tired of pouring all our money into the next jump east so we decided to stay a while and slow the trip down. The first thing we’ve learned about the south so far is that is is NOT warm in the winters. Apparently this is an “Arizona. California and Florida thing” and only small parts of those states as well. We have had our heat on pretty much every day all day and night since we ran out of propane and thought we would freeze to death a few weeks ago. Luckily it only gets down to about 30 here at night and up to 65 during the day – with a breeze that says “keep your damn hoodie on, outsider”.

This Saturday we got up at the crack of noon and took to the town. Our first stop Denny’s for garden burgers, probably the only restaurant in town with those, then the Cemetery. I thought… well, assumed it would be old and awesome – therefore photogenic – but it wasn’t, so we hung out long enough to find a smelly orange berry fruit – which turned out to be a Kumquat (the most stupidly named fruit ever). I didn’t eat it but if I see more I may. 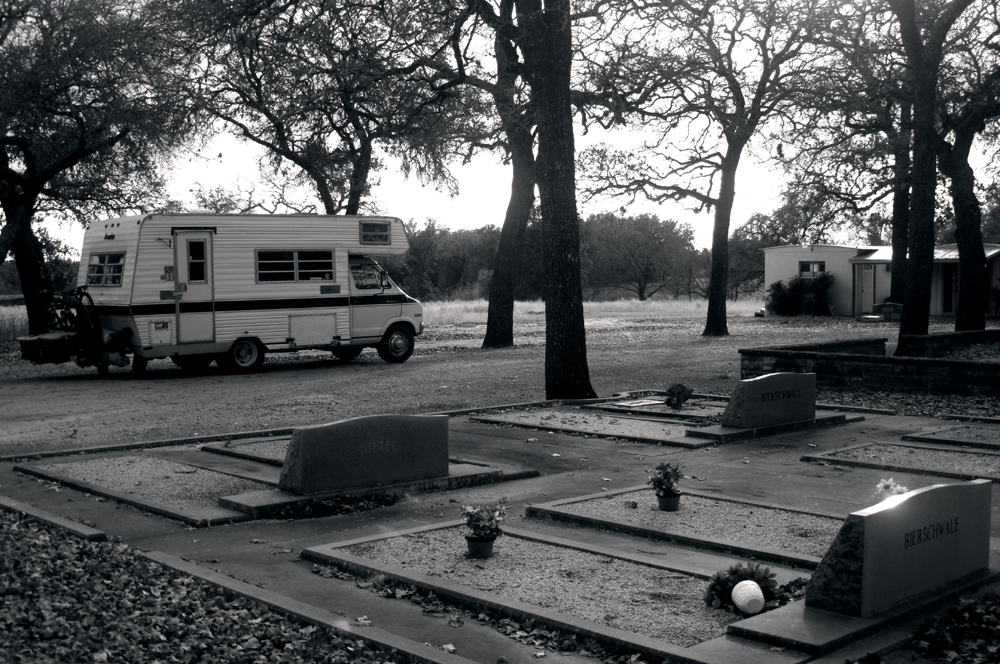 Brougham at the Cemetery

We then looked for a post office, being lied to horribly by google maps (on iphone) we walked around downtown a bit looking for it when we finally found a blue box and dumped our Christmas cards in it – with Edgar Allen Poe stamps haha.

Then the Gun Show. I found out about that by looking up “Fredericksburg Texas Christmas” in an effort to find out why they spend so much on their Christmas decorations – like maybe they hold a fair, parade… party? I found the official Fredericksburg website and found it is the home of “Lady Bird” and possibly Lyndon B. Johnson, and they have a fancy holiday party at his historic house. They also had an events calender with the Gun Show listed directly next to that on the same day. Rather than rub elbows with the local elite, we decided to see what Texan gun enthusiasts were like and boy, it was…. something.

We got there late so they only charged us a single fare, $5 and I think it was worth it. It was the smallest gun show I’ve been to (I used to do security at the Portland Expo Center Gun Show) but it did not disappoint. One of the first tables we came to was a hate filled cesspool of “kill liberals, kill cats and Obama is a terrorist” stickers next to books about surviving the coming apocalypse, killing your enemies and gun defense for women carrying babies.

Saturday, while playing with our tomtom GPS, I found out we were really close to some interesting sounding places. Balancing Rock (which we never found), Pilar Rock (which we traded for a movie) and the Cave Without a Name. 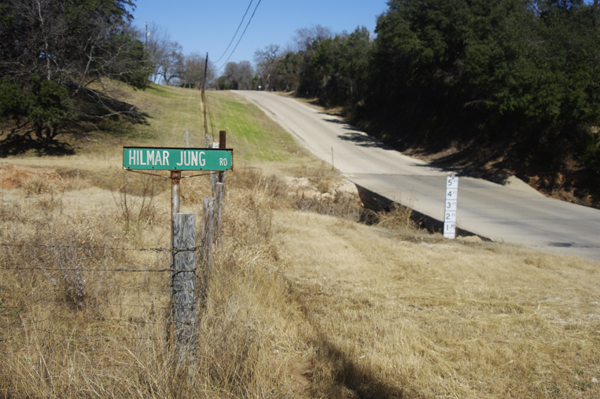 Hilmar Jung Street, where we got lost looking for a balancing rock. Notice the measure stick in the background? Notice that it says 5 feet ABOVE the road – fun with flooding!

The Cave with no name

We drove about 56 miles without first researching much aside from their hours of operation. When we arrived we found they charged $15 a person and tours only. After a round trip of over 100 miles, gas was enough of a price, and the weekend we try playing makeup for all the weekends we.. well.. spent lots of money on gas driving., we.. spent just as much.We had somehow imagined the cave would be free and without a tour… now we know for sure that anything people can make money off of, they will.

Anyway, we went. It was pretty cool. It looked more to me like a cave people should live in than one people should tour. I imagined it succeeding greatly as a restaurant for people who would love to eat in caves, like me. There were only 4 people on the tour, the other, a Chinese couple from Houston who were twice asked how and why they came from China – both having been born and raised in Texas, this was a little odd and funny to watch. People weren’t intentionally being rude,  just curious.

I managed to take some photos at iso 1600 with my digital, didn’t even bother bringing film because of the lack of light (and I only have 50 and 100 speed film). The walls look like parts of mud monsters and had a certain glitter to them, apparently having a crystal content – to which the guy in the other couple stated “looks like Edward”. I tried so hard not to bust up laughing.

white grapes at the cave without a name

All in all the tour was a little less perilous than I wanted. We weren’t allowed into the section where they dive under water in the cave to explore it. Apparently there is 3 miles of cave so far but people only get to see about 1/4 of a mile of smooth trail, floor and concrete stairs.

After the cave we were going to head to Pillar Rock outside Kerrville but after seeing photos on Wikipedia, we decided it was boring. Instead we went to see Avatar in 3D! It was nearly a 3 hour movie but totally worth it. The graphics were not the slightest bit annoying or unrealistic – and while in 3D you really started to feel like everything about the world was completely possible, and after a while, normal. It was a pretty big disappointment leaving the theater and coming back to earth – seeing trees that don’t glow and animals that cant swallow your head. I was quickly reminded after the film where we were when a kid behind us said “damn treehuggers”, repeating a line from a  military man in the film (who were set on stealing the planet’s resources). I suppose if you hunt and every member of your family is in the military, you may take the military side in the film, but I think the main purpose of the plot was to attempt to visually explain the importance of appreciating your resources and the destructive results of stealing from – destroying, and remaining ignorant about other cultures. 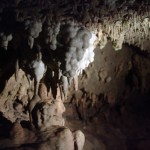 white grapes at the cave without a name 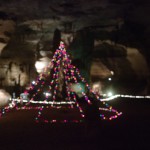 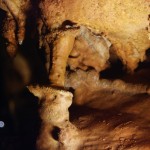 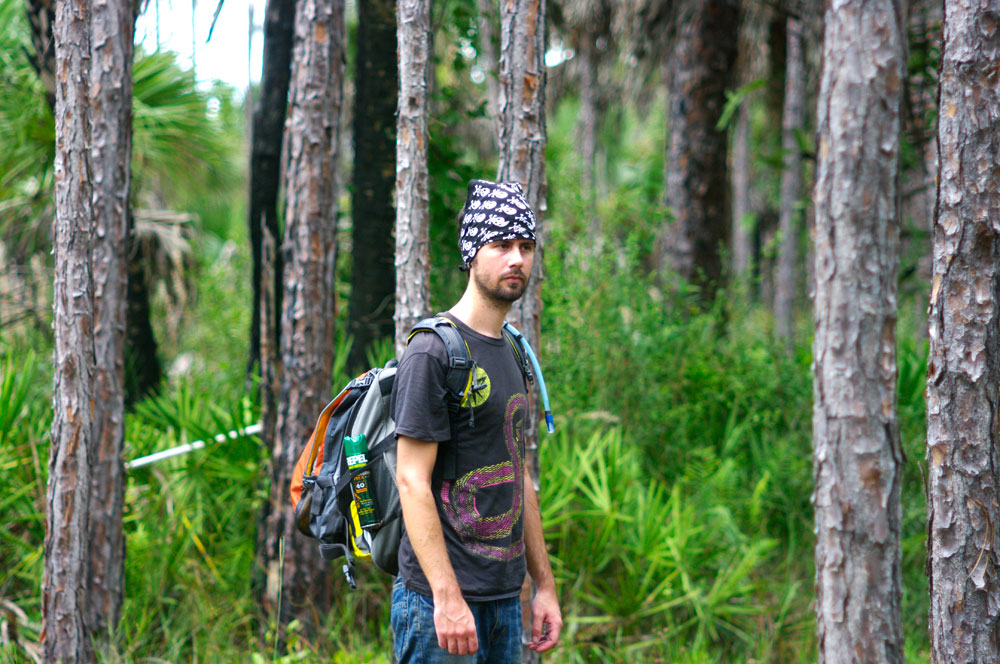 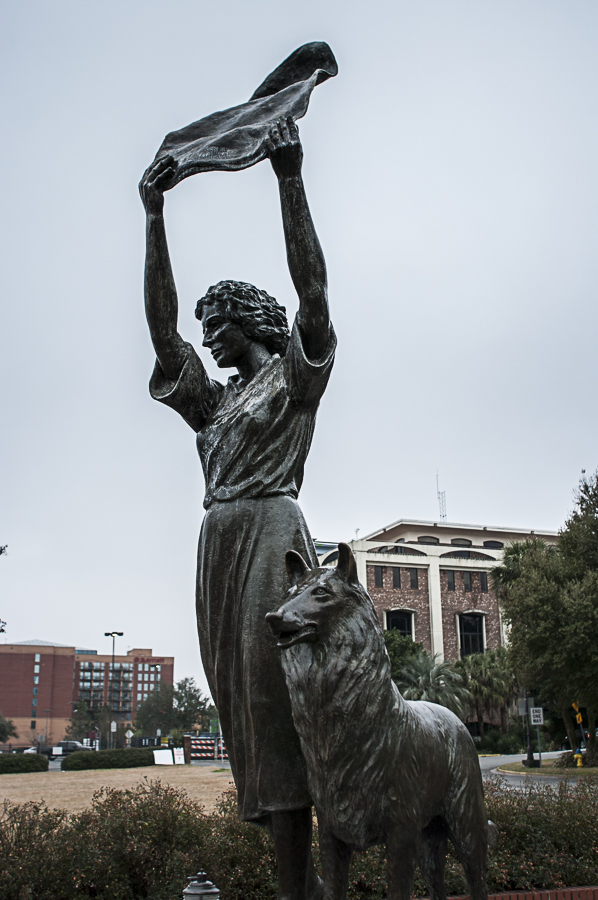 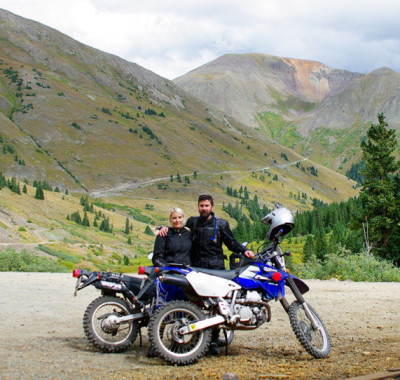